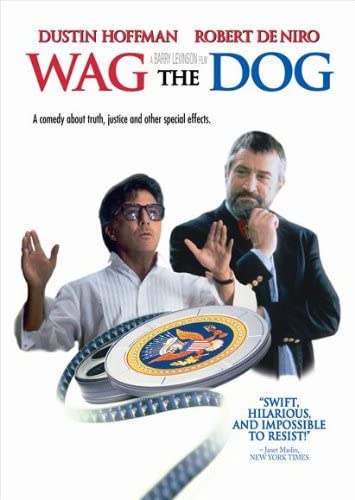 
Film about role of false issues in galvanizing support through mass media in modern society. Shortly before an election, a spin-doctor and a Hollywood producer join efforts to fabricate a war in order to cover up a Presidential sex scandal. Starring Dustin Hoffman and Robert De Niro. Directed by Barry Levinson. Rated R for language.