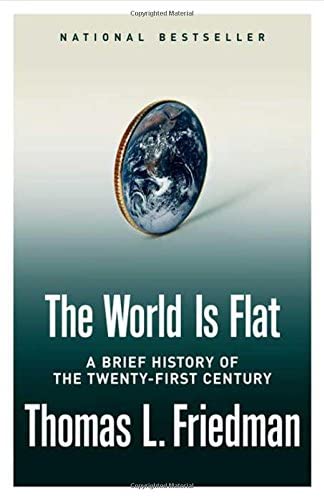 
Join us for a discussion about the book from award-winning New York Times columnist Thomas L. Friedman. In The World Is Flat, Friedman demystifies the world of the 21st century for readers, allowing them to make sense of the bewildering global scene unfolding before their eyes.  With his inimitable ability to translate complex foreign policy and economic issues, Friedman explains how the flattening of the world happened at the dawn of the 21st century; what it means to countries, companies, communities, and individuals; and how governments and societies can, and must, adapt.

In English. RSVP at acprague@state.gov.