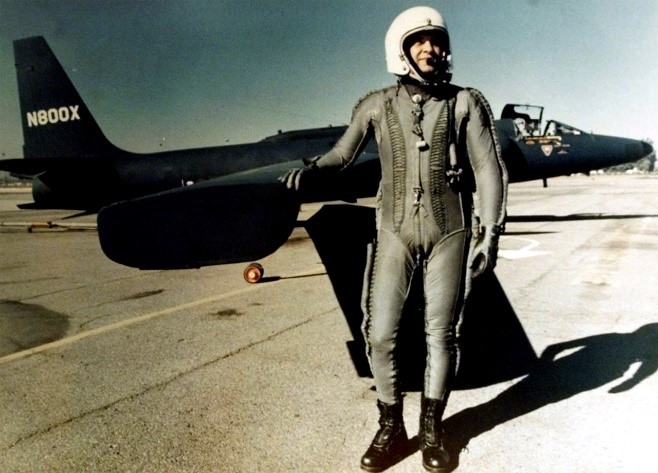 
Based on newly available information, the son of famed U-2 pilot Francis Gary Powers presents the facts and dispels misinformation about the Cold War espionage program that turned his father into a Cold War icon. One of the most talked-about events of the Cold War was the downing of the American U-2 spy plane piloted by Francis Gary Powers over the Soviet Union on May 1, 1960. On his return to the United States, Powers was exonerated of any wrongdoing while imprisoned in Russia, yet, due to bad press and the government’s unwillingness to heartily defend Powers, a cloud of controversy lingered until his untimely death in 1977. Now his son, Francis Gary Powers Jr., and acclaimed historian Keith Dunnavant have written this new account of Powers’ life based on personal files, audio tapes, letters, and the newly-released transcript of his father’s debriefing by the CIA.  During this program Powers will discuss his 25 years of research to set the record straight about the U-2 Incident.

If you are interested in joining this event virtually through Zoom, please, register with your email HERE. By April 25, you shall receive link to Zoom through which you can join the event. Should you have any issues, please, reach out to acprague@state.gov.