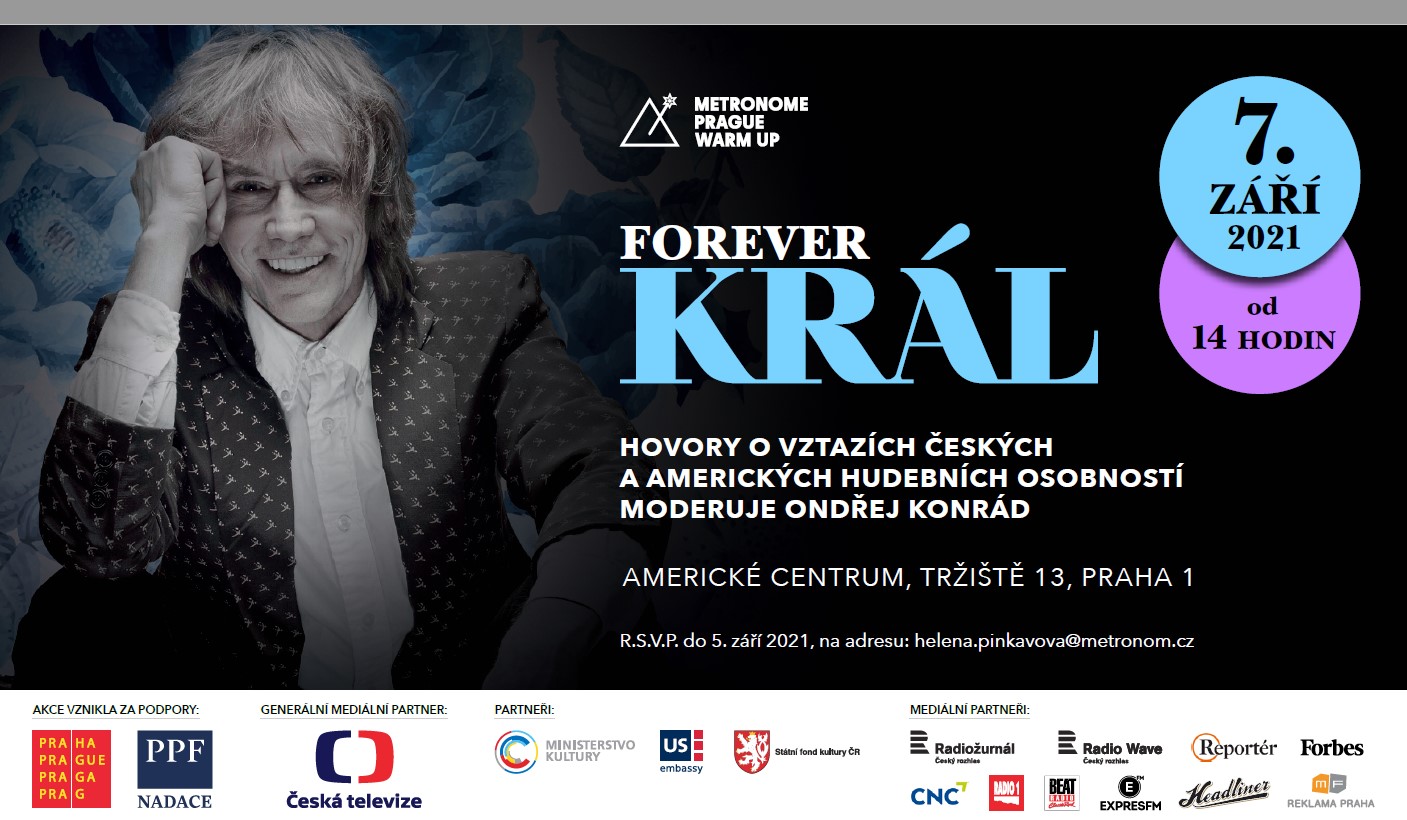 
Talks about relations between Czech and American musical personalities launch on September 7, 2021 at the American Center, with a week dedicated to Ivan Král. The following day, September 8th, friends and fans can pay their respects to Král at a funeral mass in the Týn Church at 6 p.m. A tribute concert on September 12th, titled Forever Král, will close the week of events.

After emigrating to the United States, Ivan Král established himself as a musician in New York and became an integral part of the local independent music scene. He composed, played, and recorded with the Patti Smith Group; he was the bandleader of Iggy Pop; and David Bowie and U2 included covers of Král’s songs in their repertoire.

After the Velvet Revolution, Ivan Král returned to Czechoslovakia and eventually became one of the most important architects of domestic pop and rock. His contributions can be found on albums by Lucie, Mňága a Žďorp, Alice, Miro Žbirka, Lenka Dusilová, Janek Ledecký and, in particular, Jiří Suchý, from whose Semafore songs Král drew much inspiration.

In Czech. RSVP through September 5 at helena.pinkavova@metronomefestival.cz.