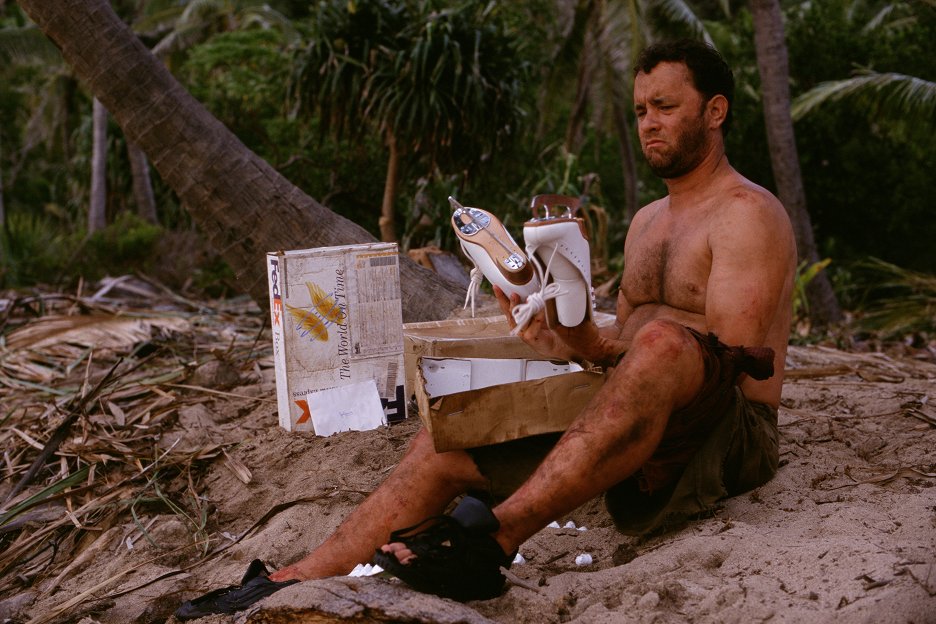 
FedEx operations executive Chuck Noland (Tom Hanks) fights for survival on a deserted island after his plane crashes during a work trip. When several of the packages on board for delivery wash up on shore, Chuck must decide whether to treat the packages with respect, or use whatever is inside to survive. It’s just one of several internal and physical struggles Chuck must deal with as a rescue becomes less and less likely. Stars Tom Hanks. Directed by Robert Zemeckis.