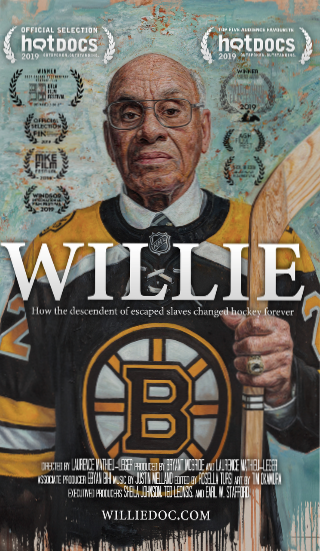 When: Tuesday, Feb 23 at 3pm
Where: Online
Entry fee: Free


Join us for an important conversation on racial equality, justice, and inclusion in culture and sport, as told by Willie O’Ree, the first black man to play in the National Hockey League. Joining Mr. O’Ree on the panel: Laurence Mathieu-Leger (director and co-producer) and Bryant McBride (co-producer), filmmakers of the critically-acclaimed documentary Willie, along with Blake Bolden, the first black woman to play in the National Women’s Hockey League and current scout for the LA Kings. The panel will be moderated by Anson Carter, former Canadian National Team player and hockey analyst for NBC Sports. You can watch the film online anytime from 9am on Friday, February 19 to 8am on Saturday, February). After registering for the streaming event, you will receive an email invitation link to the February 23 panel conversation.

Discussion will be in English, film in English with Czech subtitles.

Due to COVID-19, the American Center is closed to the public until further notice.