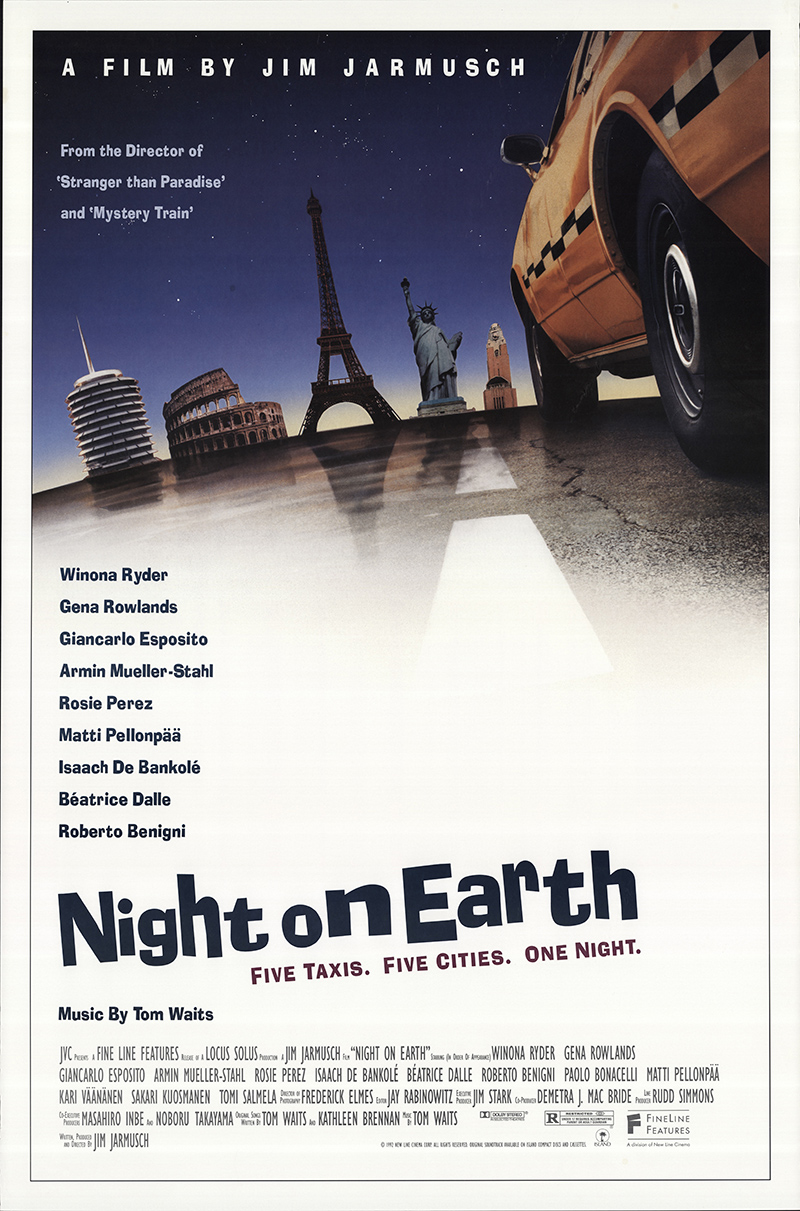 
A film collection of five stories involving cab drivers in five different cities.  Los Angeles – A talent agent for the movies discovers her cab driver would be perfect to cast, but the cabbie is reluctant to give up her solid cab driver’s career.  New York – An immigrant cab driver is continually lost in a city and culture he doesn’t understand.  Paris – A blind girl takes a ride with a cab driver from the Ivory Coast, and they talk about life and blindness.  Rome – A gregarious cabbie picks up an ailing man and virtually talks him to death.  Helsinki – After losing his job, an industrial worker and his friends ponder love, life and death.  Night on Earth stars Winona Ryder, Gena Rowlands and Lisanne Falk; directed by Jim Jarmusch.

In English with Czech subtitles, 129 mins.