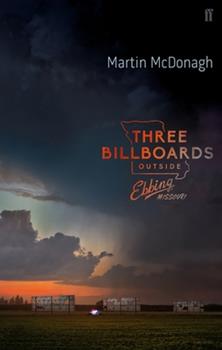 
After months pass without an arrest in her daughter’s murder case, Mildred Hayes pays for three signs challenging the authority of William Willoughby, the town’s revered chief of police. When his second-in-command, Officer Dixon, a “momma’s boy”  with a penchant for violence, gets involved, the battle between Mildred and Ebbing’s tactics threatens to engulf the town. Three Billboards Outside Ebbing, Missouri is a dark comedic drama from Martin McDonagh. The film won Best Motion Picture – Drama and Best Screenplay at the 2018 Golden Globes. Come and chat with others about this book at the American Center library!