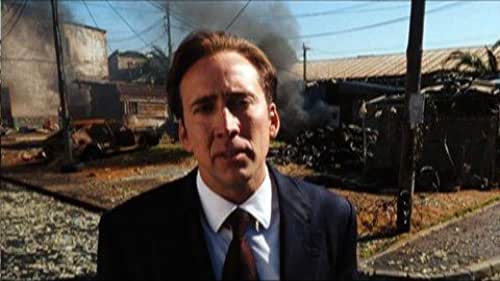 
This movie charts the rise and fall of Yuri Orlov, from his early days in the early 1980s in Little Odessa, selling guns to mobsters in his local neighborhood, through  his ascension during  the decade of excess and indulgence into the early 1990s, where he forms a business partnership with an African warlord and his psychotic son.  This movie also charts his relationship through the years with his younger brother, his marriage to a famous model, his relentless pursuit by a determined INTERPOL Agent and his inner demons that sway between his drive for success and the immorality of what he does.  Starring Nicholas Cage, Ethan Hawke and Jared Leto. Directed by Andrew Niccol.