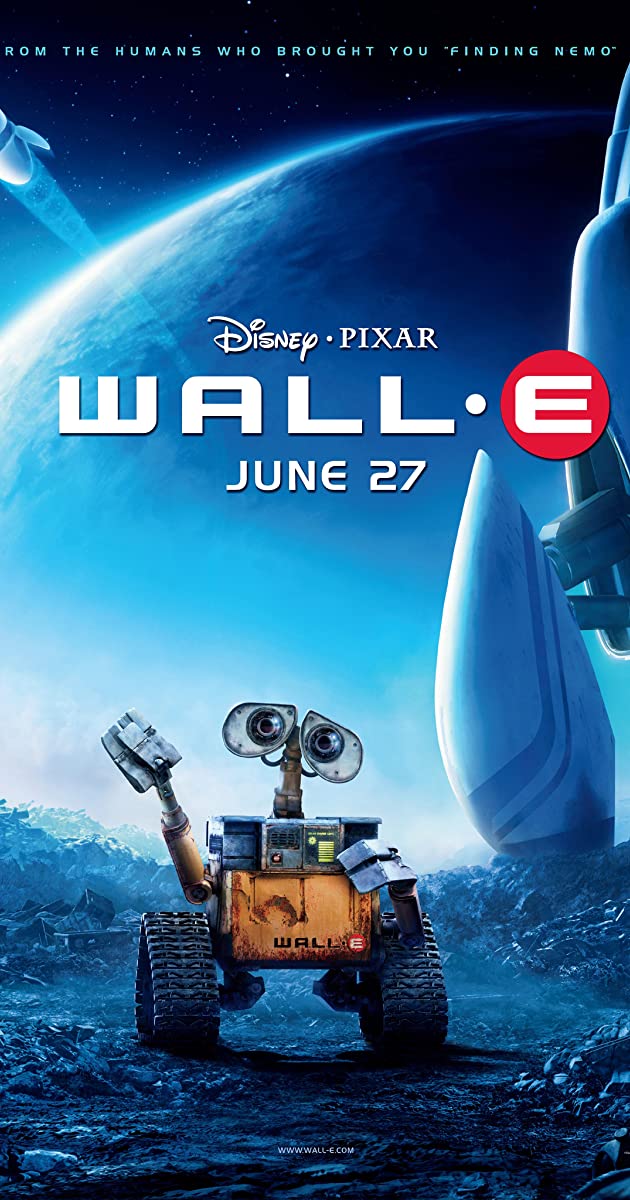 
In a distant but not so unrealistic future where mankind has abandoned earth because it has become covered with trash from products sold by the powerful multi-national Buy N Large corporation, WALL-E, a garbage collecting robot, has been left to clean up the mess.  Mesmerized by trinkets of Earth’s history and showtunes, WALL-E is alone on Earth except for a sprightly pet cockroach.  One day, EVE, a sleek (and dangerous) reconnaissance robot, is sent to Earth to find proof that life is once again sustainable.  WALL-E falls in love with EVE, rescues her from a dust storm and shows her a living plant he found amongst the rubble. Consistent with her “directive,” EVE takes the plant and automatically enters a deactivated state except for a blinking green beacon.  WALL-E, doesn’t understand what has happened to his new friend, but, true to his love, he protects her from wind, rain, and lightning, even as she is unresponsive.  One day a massive ship comes to reclaim EVE, but WALL-E, out of love or loneliness, hitches a ride on the outside of the ship to rescue EVE.  The ship arrives back at a large space ship carrying all of the humans who evacuated Earth 700 years earlier.  The people of Earth ride around this space resort on hovering chairs which give them a constant feed of TV and video chat.  They drink all of their meals through a straw out of laziness and/or bone loss, and are all so fat that they can barely move.  When the auto-pilot computer, acting on hastily-given instructions sent many centuries before, tries to prevent the people of Earth from returning by stealing the plant, WALL-E, EVE, the portly captain, and a band of broken robots stage a mutiny.  Directed by Andrew Stanton.