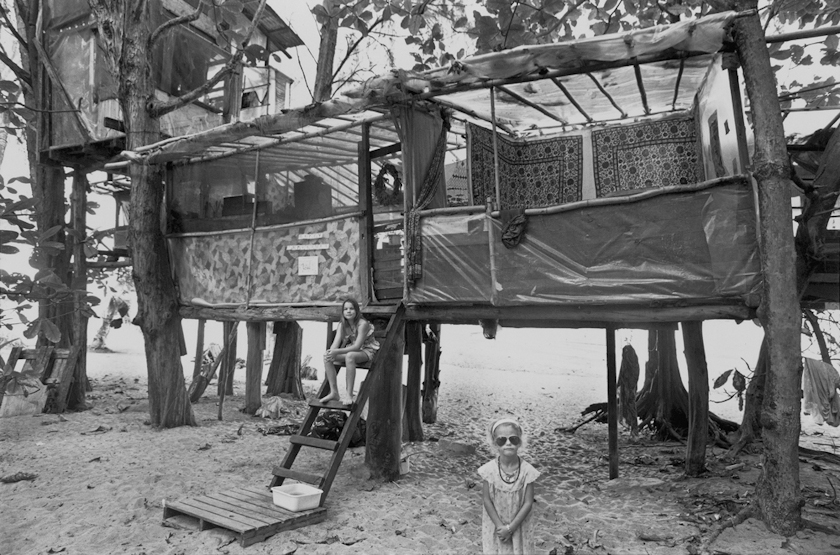 
John Wertheim, author, photographer and filmmaker connects the turbulence of  1968 to the Taylor Camp, which was the most far-reaching, creative and symbolic example of global youth culture of the 60s – The Ultimate Hippie Fantasy.  News from around the world included the invasion of Czechoslovakia by Soviet troops, five days of police riots and student demonstrations at the Democratic Convention in Chicago, student protests against war and repression in Paris and Mexico City, tens of thousands of young people taking to the streets in West Berlin.  Then, when Mao’s Red Guards were on the rampage in China, a group of young people fled police brutality in Berkeley and violent protests in Vietnam.

As Sondra Schaub says in The Edge of Paradise, “Berkeley was ready to explode. Pick up the gun or walk away. So we decided to walk away.” They landed on the island of Kauai—in the middle of the Pacific Ocean—where they set up Taylor Camp, a tree house village along one of the most beautiful beaches in the world.  The program complements John Wertheim’s exhibition of Taylor Camp photographs “Paradise Lost” at the Prague Capital Gallery, October 12, 2022 – January 8, 2023.